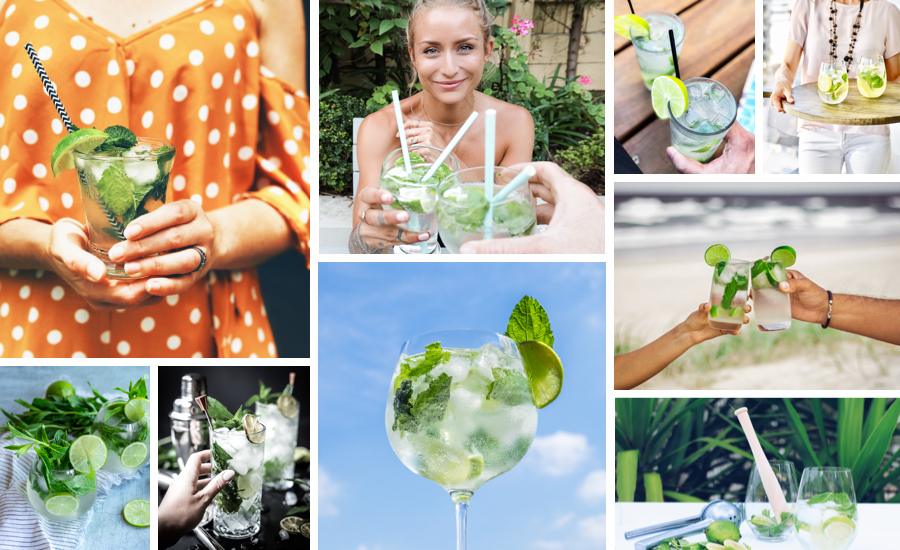 Within days of uploading their #MojitoMoment campaign to the TRIBE platform, Bacardi and OMD received 160+ pieces of content from TRIBE's community of 53K+ influencers celebrating their brand. In addition to generating a collective reach of 1.6M with a CPE (cost per engagement) of AUD$0.27, their campaign went on to absolutely smash sales, win awards and make influencer marketing history.

What they set out to do

After researching consumers’ drink choices, Bacardi discovered that the first drink of the night was decided less than 15 minutes before they ordered. In order to position the Bacardi Mojito as the ultimate first drink, the brand set out to nudge consumers into a planned, conscious choice before they reached the bar.

Hitting the town to see what that moment of choice looked like in real life, Bacardi struck gold when they saw the power of the classic Mojito in action – the world’s most contagious drink, because no one drinks a Mojito alone.

With a plan to grab patrons’ attention with eye-catching user-generated marketing, Bacardi wanted to keep their brand top of mind within that crucial 15 minute decision-making window, to inspire consumers to share their own #mojitomoment with friends online.

Teaming up with TRIBE, OMD Create and Bacardi launched their #MojitoMoment summer campaign. Using micro influencers to source an unprecedented amount of high quality UGC, they created a strategy to fuel out-of-home marketing activity and make the Bacardi Mojito summer’s most contagious drink.

How Did They Do It?

Within a week of uploading their Bacardi #MojitoMoment campaign to the TRIBE platform, OMD received 160+ pieces of content celebrating Mojito Moments in various venues around Melbourne, Sydney, Brisbane and Perth.

The CTA was simple… Submit posts of you enjoying Bacardi Mojitos.

And the content they received from TRIBE's community of 50K+ influencers was exactly that.

In order to leverage the tight 15-minute window for thirsty decision-making, Bacardi enlisted 60 TRIBE micro-influencers to share their own real and relatable #MojitoMoment on Instagram, but with a twist. They got them to post the content in-feed as it was happening!

OMD then purchased the right to 70 pieces of stunning creator content, combining TRIBE campaign analytics with sales and location data to identify the most influential bars in each city.

They then placed #MojitoMoment content in nearby targeted digital OOH panels, to catch consumers in that 15-minute window before they reached the bar.

Using creative generated by the very consumers it was designed to engage, Bacardi’s campaign was then able to encourage others to share their own #MojitoMoments – creating an instant viral effect.

Using creative generated by the very consumers it was designed to engage, Bacardi’s campaign was then able to encourage other Bacardi drinkers to share their own #MojitoMoments – creating an instant viral effect.

Combining user-generated content with targeted outdoor venues, Bacardi not only established the #MojitoMoment as a ‘first drink of the night’ ritual, but also created the first ever dynamic media connection between social and OOH in the Australian marketplace. 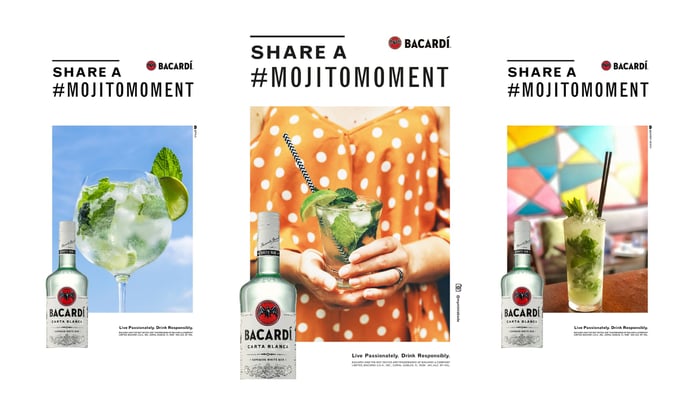 Leveraging the virality of social media and igniting the influence of TRIBE creators, Bacardi proved that cocktails and creator content was the perfect mix to make the Bacardi Mojito Summer’s most contagious drink.

Together, OMD Create and Bacardi were able to empower their brand fans to publicly and authentically celebrate their love of Bacardi. But, we all know that every marketing campaign really comes down to increasing sales. This is what Jonathan Sully, Marketing Director at Bacardi-Martini ANZ, had to say about the campaign’s ROI:

“We are smashing it in sales and serving  over 1.5 million mojitos this summer. Bacardi #MojitoMoments demonstrates our   approach to connecting with consumers  through immediacy and innovation,  via consumer centric creative.”
- Jonathan Sully

Together, OMD Create and Bacardi have empowered their own brand fans to publicly and authentically celebrate their love of Bacardi.

So that's the WHAT, WHEN and HOW covered, but what about the WHY?

Well, it was all about increasing sales, and no one's happier than Jonathan Sully, Marketing Director at Bacardi-Martini ANZ, who had this to say about the ROI...

We'll let the stats speak for themselves. For their budget, Bacardi achieved: 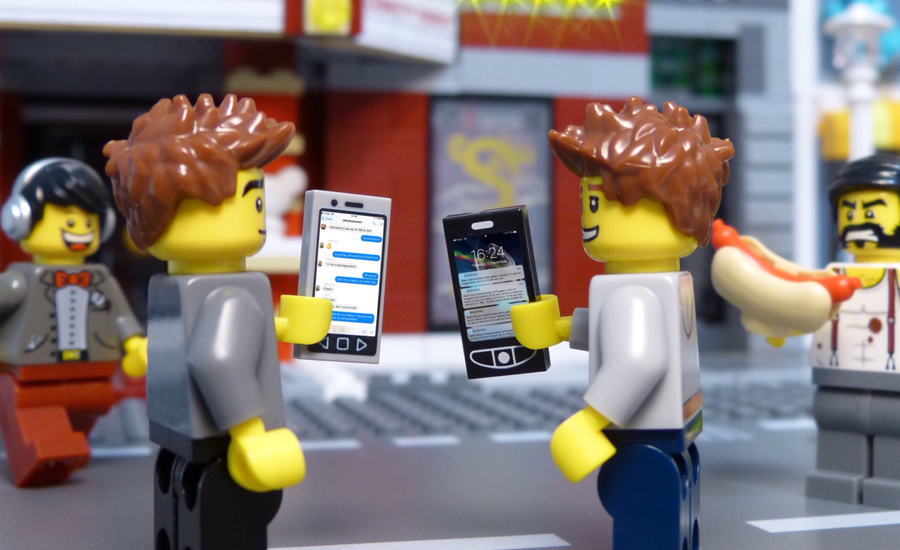